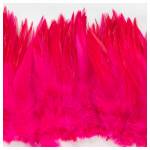 Beads and Beadwork of the American Indian

The Reprint You Have Been Waiting For! The Eagle's View edition of this classic 1929 reference book has been reformatted for easier reading but the text, plates and illustrations remain as in the 1975 edition (and essentially as presented by the author). This book and Orchard's book on porcupine quill decoration, form the foundation for almost every text on Indian arts and crafts that has been written since their publication and they remain superior to most. Not only is this book an in-depth study of bead technology, but it considers in greater detail than any similar work the history, use and distribution of North (and South) American beadwork art from prehistoric to relatively modern times. The author pays needed attention to the variety of materials used and the design motifs of finished beadwork, as well as the role of early Europeans, whose colorful trade beads (shown in beautiful color plates) had such a tremendous impact on Indian economics and material culture. Included are discussions, photographs and illustrations of shell, pearl, bone, stone, metal, and trade beads. Wampum is described in great detail and odd forms and materials, which include seed, basketry, wooden, gum, earthenware, dried otter's liver, and native manufacture of glass beads are also described. There is also a very interesting section on drilling holes in beads. All of the basic techniques of beadwork are explored and illustrated. These include woven beadwork (square weave, bias weave, and net-like weave), sewing techniques and edgings, bead inlays and beaded baskets. There are 16 color plates, 26 black and white plates and 136 figures which include drawings and photographs. The color plates include chevron beads, polychrome trade beads, and outstanding examples of native beadwork from Alaska to Ecuador. Don't miss out on this reprint of a classic Native American reference book that will be invaluable to anyone with an interest in beads, American Indian culture or creating their own beadwork.


Your Review: Note: HTML is not translated!

Enter the code in the box below: